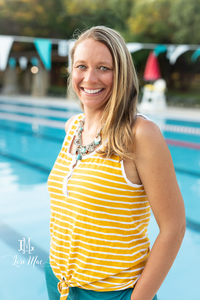 Coach Holly Diemer was born in California into a swimming and coaching family. Growing up, she participated on and off in a summer recreational program, and, at 16, started giving learn-to-swim lessons. It was at this time that Holly found her passion for teaching swimming. After aging out of participating on the swim team, she took on the role of assistant coach for Bishop Estates Barracudas. In 2003, she accepted an assistant position with the Walnut Heights Otters and eventually became the head coach. Holly continued to learn from her own experiences and from other coaches. One of those coaches at the time was Mike Bottom, who was the coach of the men's team at UC Berkeley. During the off season, she immersed herself in various swim activities such as teaching clinics, giving lessons, attending coaches’ clinics, and swimming events including Tiburon Mile and Golden Gate bay swims. Holly brought new growth and success to the Walnut Heights Otters through 2008. She then got married and moved to New England before returning to California and coaching with her original team, Bishop Estates. She remained there until moving to Austin at the end of the 2014 summer season.

Since moving to Austin, Holly has trained at Austin Aquatics and Sports Academy. She also completed The Escape from Alcatraz swim as well as the Big Swell swim in Lake Michigan. During the TAAF season, she enjoys competing alongside her swimmers. For the past few years, she had coached the Springs Family Y youth team as well as the Masters. For the 2018-2019 swim season, she coached both the middle school and high school swim programs at Regents School of Austin. In addition, she is the Belterra Swim Instructor and also teaches lessons in her home pool. Holly loves being a part of her own community by coaching the Belterra Marlins! 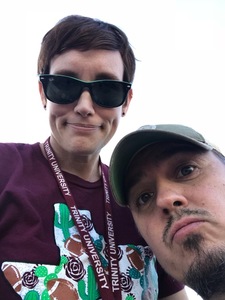 Howdy, my name is Jenn and I grew up in northern California and began swimming when my family moved to a house with a beautiful pool when I was 5 years old. I did not compete in swimming officially until I was a freshman in high school, but thought that since I could beat all the boys in the neighborhood I might do ok on the school team. I realized quickly that I’d have to put in the hard work swimming twice as much as all the other swimmers to make up for the many years everyone else had been competing. I was extremely successful throughout my high school years and was made captain of the team both my junior and senior years. I swam for the Sunrise Sharks a rec team each summer of high school and swam on 2 year round teams starting my junior year allowing me to swim with Olympians and olympic coaches (CCA and Sierra Marlins). When I was 16 years old I tried out and made the staff as a California State lifeguard. The next year I became an instructor for the states Junior lifeguard program, while also coaching for the rec team I had swam on. During my junior and senior year of high school I played on the boy’s water polo team, being one of the first girls in northern California to play with the boys. When I graduated high school I attended Sierra College and again swam and played water polo for the school. I even made the men’s team in college allowing me to travel with the team and then start a women’s rec team at the college. After 2 years at Sierra college I transferred to Multnomah Bible college in Portland Oregon to study Theology and Communication. There I met my husband, Andy and helped him start a youth group at our local church. I found myself pool side quickly working as an assistant coach for the Skyview girls team and the Evergreen school district boys team. In the mornings I coached the McLoughlin Middle school girl’s swim team during the winter months. During the time we lived in Vancouver Washington I also started a rec program for kids interested in completing once they got into middle school. After living in the Portland/ Vancouver area for 7 years we moved back to California for 4 years and I took a position as the head coach for the boys and girls team at Ponderosa high school in Cameron Park, CA and was given my first opportunity to coach Master’s swimmers and triathletes in the Placerville area. I’ve spent the last 10 years in the middle of Minnesota raising our family and working along side my husband with a Christian organization we started 8 years ago called elementum. We made a big move with our family this last summer to Belterra and have loved digging in to the community here the past few months. There has been a lot of changes for our family, but we are loving this new season for our each of us. I am looking forward to being pool side once again! Our family is passionate about young adults and hosting people around our dinner table and in our home. I love to travel, eat, dress up in costumes, spend time with family and friends and play by the pool. I can wait to dive in and get to know the many families involved with the Belterra swim team!! 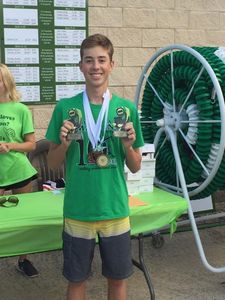 Hey there! My name is Sean Kelly and I’ve been a Marlin since I was 6 years old. Once I got into middle school I decided that I wanted to take swimming more seriously and joined Nitro Swimming to improve. Here I vastly improved and got much better at the sport throughout middle school and into high school. I swam for Dripping Springs High School all four years of my high school swimming career and was voted captain my senior year. I qualified for the Regional meet all four years there and for the State meet my senior year. Since my freshman year, I have junior coached for the Marlins and plan to continue coaching for years to come! I have been accepted into Texas A&M University to study Economics, and I plan to switch into Mays Business School in my time there. When I’m at A&M, I plan to join the club team there and continue swimming. This year, I can’t wait to get into the season and start coaching! 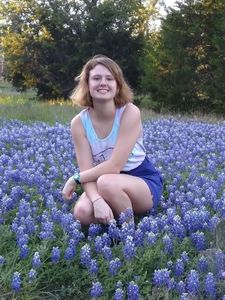 Hello! I'm Cassandra McCallum, but y'all can call me Cassie! I've been swimming since I was 5 years old (or since 2006). I joined the Marlins team in 2015 after moving back to Texas from Florida, and later that year I joined Nitro Swimming. I have been swimming for the high school team for three years and will be going into my fourth in the fall. I have always enjoyed being in the water, which I blame on all my time in the Atlantic and my old summer league back from when I lived on the East coast, and I find coaching to be a great outlet for my passion and energy. I have been junior coaching since I was in ninth grade and have done so ever since! Outside of the water I also like to draw and (attempt to) make animations, even though I may not be particularly great at it. I am going to be a senior at Dripping Springs High School and I have an immense interest in the medical field, as I hope to study medicine and dentistry in college after graduating. Once I get my schedule sorted out, y'all may spot me at Heather Bobb's dentistry office, as I will be shadowing/interning there over the summer and into the fall. I have so much excitement for the upcoming season and coaching all of the returning swimmers I've come to know and all of the new swimmers I have yet to meet!

Hi, my name is Brady England and I am 17 years old. I am just finishing my junior year at Dripping Springs High School. I have been swimming at the Belterra pool, since I was 6, starting out with swim lessons, and then participating with the Belterra Marlins for the last 10 years! When I was 9 and 10 years old, I qualified for the TAAF Nationals with the Marlins and went to San Diego to swim against the best in the country for breaststroke. That is one of many memories, I will forever treasure. My summers have always been filled with great Marlins memories, from practices to swim meets they are what made and make summers so fun. During the school year and throughout summer, I also love to play soccer. I train and do open play throughout summer, and I am on the varsity team for Dripping Springs High School and play club soccer for Lonestar FC. I also enjoy playing video games and hanging out with friends. I am very excited for this season to start and can’t wait to see the kids I have coached in the past, and meet the new members to the Belterra Marlins team. My goal is to help each swimmer have an awesome experience this summer, and to help instill the love of swimming for sport and life skill.

Thank you for your interest in becoming a 2019 Marlins Coach!!  Please contact us and provide a brief description of your swimming experience (years swimming, teams, awards), coaching experience (years coached, age of swimmers), and reasons why you would like to be a swim coach for Belterra Marlins.

Our expectations for Head, Assistant and Junior Coaches: